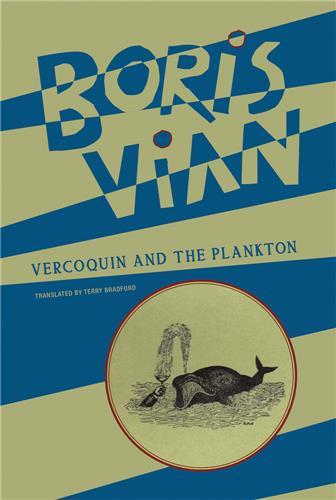 A nonconformist satire of both bureaucracy and nonconformism from the French polymath and author of Foam of the Days.

Written at the age of 23 for his friends in the winter of 1943-44, Vercoquin and the Plankton was the first of Vian's novels to be published under his own name. Published in 1947, the book came out two months after his succès de scandale I Spit on Your Graves and two months before the publication of his beloved classic The Foam of the Days. At once social documentary, scathing satire and jazz manifesto, Vercoquin and the Plankton describes the collision of two worlds under the Vichy regime: that of the youthful dandyism of the ever-partying Zazous and the murderously maniacal bureaucracy of a governmental office for standardization. In this roman à clef drawn from Vian's own contradictory lives as a jazz musician on the Left Bank and an engineer at the French National Organization for Standardization, the reader is introduced to a handful of characters inhabiting a world lying somewhere between Occupied Paris and Looney Tunes.
Boris Vian (1920-59) was a French polymath who in his short life managed to inhabit the roles of writer, poet, playwright, musician, singer/songwriter, translator, music critic, actor, inventor and engineer, before dying of a heart attack at the age of 39, after authoring ten novels, several volumes of short stories, plays, operas, articles and nearly 500 songs. Vian is remembered as one of the reigning spirits of the postwar Parisian Latin Quarter, a friend to everyone from Jean-Paul Sartre to Raymond Queneau and Miles Davis, playing trumpet with Claude Abadie and Claude Luter, and an influence on such future kindred spirits as Serge Gainsbourg.